The Rhetorical Power of "Drugs"

Unless you follow sports or sports news pretty closely, you probably have never heard of Sam Hurd. Until a couple months ago, he was just a wide receiver and special teams player for the NFL's Chicago Bears. He recently signed a contract for $5.1 million, not anywhere near a star's salary, but enough cheddar that people are predictably surprised that a "rich" man would get caught trafficking a large amount of cocaine.

I don't know enough about the case or Hurd to explain what he was doing. I could get into the one-sided nature of NFL contracts (if you get cut from the team, you don't get paid, no matter what the paper says), the short professional tenure of most NFL players ( ~4 years), or what it says to be a typical special teams player not named Devin Hester (you're a back-up when a star goes down), but I don't think "why?" is really important either. Furthermore, I generally don't trust media reports this early into the public phase of the process. It's a one-sided PR battle waged by the prosecution until the lawyers hash it out at trial, so talking about this or that "fact" is just speculation. What I do want to focus on is the predictable shock and outrage that a 'successful' man is doing something so risky and potentially life ruining as cocaine trafficking.

Here is an image of what a lot of people think when they hear "drug dealer": 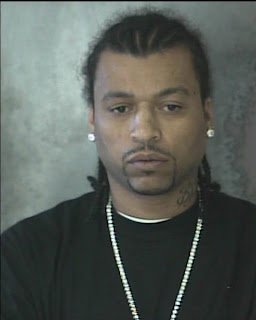 Black. Cornrows. Neck Tattoo. "Bling." Vaguely menacing to those people who get scared of people who look something like this. Pictures like this pay for the Drug War.

The problem is, while this is what our prison population looks like, it's not fully indicative of who is selling, buying, and using drugs. The guy in the picture could be Father of the Year for all I know, but if you Google image search "drug dealer," he comes up.

The United States illicit drug market is the largest in the world--surpassing the drug market for the entire European continent--worth multiple billions of dollars. Tens of millions of Americans are illicit drug users. Think about that for a moment: tens of millions. The drugs have to get to all of them somehow, and it's not always delivered by someone who looks like our friend here.

"Drug dealers" are just people who exchange drugs for property, money, or services. That's it.

Not every person who sells drugs is a "drug dealer," per se--a lot of times it's a user who gets extra for his friends. Like chipping in on a beer run, it doesn't make sense for multiple users to all go separately to a seller, so one guy can pick up a bunch--as drugs, like most goods, are cheaper when you buy in bulk--and distribute it to his friends. Other times, someone "knows a guy"--you could say, a drug dealer--who brings in extra cash by selling drugs to regular or semi-regular users. The guy is not on the street hustling or gang banging--he works at a job and makes extra money on the side by selling to friends, co-workers and other people he knows aren't police. If you have a secure supplier and a small customer base, this can last quite sometime with low risk because most people who use drugs don't actually get caught. The risk comes when someone does get caught and rats out his dealer to avoid or decrease jail time. Such is the life of the low-level dealer.

The other risk, which it appears Mr. Hurd discovered, comes when you're trying to expand your customer base. Your quantities are larger so transportation becomes more difficult, and you're much more likely to draw the attention of law enforcement.

The police are rather fond of big fish, you see.  It seems to be their only distraction from the Sisyphean drudgery of the drug war day after day. For a brief moment, they try to convey that they've done something useful, despite having no lasting effect on the supply or demand for drugs. Even in the rare event law enforcement is successful in dramatically reducing one type of drug from making it from supplier to consumer, the latter's desire to get high remains and new drugs come to the fore or less popular drugs reemerge through alternate channels.

But back to my point: the scary "drug dealers" are just people engaged in a market. In massive distribution networks, like the Mexican cartels, there are kingpins and mercenaries and mules and American distributors and-so-on down the line as the drugs are diffused into the American black market economy. In more local operations, there are a farmers who grow marijuana in fields, woods, homes, or warehouses and smaller supply networks. Eventually, the drugs get to "that guy" and then to the consumer. People at various levels essentially are engaged in the same enterprise, but face vastly different pressures and constraints related primarily to the level of prohibition enforcement, but also the cost of overhead ( the level of bribes and kickbacks required to do business on top of growth and distribution) and local competition. Access to major drug channels in northern Mexico that stretch into the southern U.S., for example, can be expected to produce a high volume of drug-related violence due to the profits tied to those routes. Yet, in San Francisco, there are state-sanctioned distribution shops and users all over the place--yet there aren't constant shootouts at Haight and Ashbury or decapitated bodies in Berkeley despite the ubiquitous drug trade. The tolerance of law enforcement, whether by law or priority, lowers operating costs of drug sales. If you and your neighbor can both make a little money selling drugs, but neither of you is likely get super rich from doing it, motivation for violence is virtually zero. One doesn't become a violent monster just because he makes some dough selling his old college buddies some weed once a week.

This overreaction isn't at all limited to "drug dealers." The Daily Show put out a great bit this week about a newish but (thankfully) enjoined law in Florida that requires all welfare recipients to take a drug test. This video shows how poor people--simply by someone asserting that they do drugs at a higher rate than more affluent folks--are subject to invasive 4th Amendment violations just because they are poor (and probably perceived to be racial minority, but that's another post) are thus assumed to be "drug users."


Regardless, because it's "drugs," all sense and decency go out the window despite the fact that the poor actually spend less on drugs than non-poor folks and alcohol--a perfectly legal addictive intoxicant that one or two people have been known to use as escape mechanism--isn't regularly tested for. Surely, we don't wanna be subsidizing bar tabs any more than we want to pay for weed -- but this raises uncomfortable questions about what taxpayers can really demand of the people to whom their money is given and where that line stops. I would like few things more on this planet than a more constructive alternative to government-provided welfare--but until that becomes a reality, I don't believe setting arbitrary and abusive bars on that assistance helps anyone. Indeed, by kicking a drug user off of welfare, they further marginalize a poor person who may very well have a drug problem. He or she still needs to survive, and without a legitimate source of income, a life of crime--be it as a dealer or actual crimes against people and property to support their problematic habit--is likely to make the community more dangerous than it would have been supporting this person's habit. And, of course, you can't very well support this policy from a fiscal stance if the result is more people in prison being supported for food, shelter, and medical care. You don't have to believe in drug legalization to recognize the probable downside to this policy.

If you say "drugs," then all the normal limits of what we expect of people and what is proper for government to do change--whether we're talking about dealers, users, or even suspected users. The general consensus is that drugs are bad, and thus anything to stem their influence--whether the solutions are shown to be the least bit efficacious or not--are accepted with almost no hesitation. Similarly, anyone engaged in the trade is assumed to be a horrible person--a violently cruel drug dealer or a drug-using bloodsucking leech on society. This is both foolhardy from a budgetary perspective and unspeakably cruel from a humanitarian perspective. The result is the Drug War that diverts resources from violent crimes to pursue vice crimes whose greatest tie to violence is the prohibition itself. Everyone is presumed to be guilty and without excuse for their alleged behavior, which must be condemned in no uncertain terms and with the harshest of punishments. All this makes  United States the undisputed leader in incarceration on the planet, imprisoning one percent of our entire adult population with more than three percent on probation or parole. "Drugs" as rhetorical boogeyman allows the American public to support an ever-expanding incarceration state and tolerate the Drug War that feeds it.  Given the outcomes of the policy, it's hard not to think "drugs" has become a euphemism for a more inflammatory word that has traditionally scared the status quo.