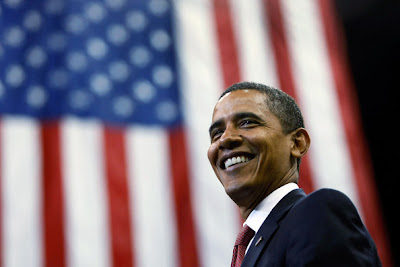 I have no illusions about an Obama presidency. I dislike the bulk of his policies. I cringe at the thought of a united Democrat-controlled government. I think the already impossible expectations of any president have been amplified for him and he is thus almost guaranteed to fail--perhaps miserably. I will be unrelenting in my criticism of his administration and its allies in Congress when they attempt to go beyond their constitutional bounds--and they almost certainly will.

All that said, when he approached the podium last night to give his victory speech, I wept.

I wept because I've heard countless blatantly racist diatribes, jokes, comments, and sub-human comparisons over the course of my life. I wept because of the pain my older family members endured and all the struggles they faced that I can't even fathom. I wept because, on several occasions, I've been told I can't date someone because her parents wouldn't approve of my race; that in spite of my intelligence, my responsibility, my diction, my future prospects, my talents and my everything else that makes me a good person--and even the fact that I look white--I'm different. It didn't matter whether the parents were liberal or conservative; or whether they were college educated or not: being black made me not good enough.

I wept because the America I just described--even my home state of Indiana which hasn't gone for a Democrat since Lyndon Johnson--voted for a black man to be President of the United States. And, nationally, it wasn't even close.

I could not be prouder of Barack Obama. And I am so very proud of my country.

I have some friends who refused to vote today for one of two main reasons: 1) The economic "irrationality" of voting. 2) The principled opposition that a vote endorses the legitimacy of the offices, authority, and/or the inherently unfair rules by which most candidates are chosen.

Mathematically speaking, the first objection is a solid one. The second objection I don't really subscribe to, though I am somewhat sympathetic to it in theory.

What trumps these, however, is all-too-simple for me: 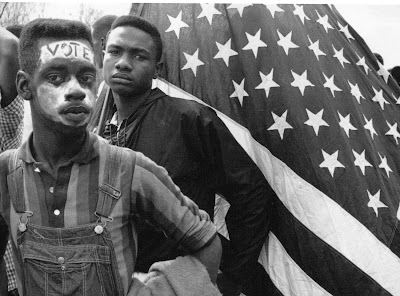 My great-grandfather was born to a slave. My grandfather was born in Meridian, Mississippi in 1883. My father in Fort Wayne, Indiana in 1928. None of these men were born with the expectation of voting rights at any point in their lives. I am of the first familial generation that was granted that right by people who never lived to exercise it.

So, while my friends have their rights to deny themselves a right my our forebears fought, bled, and died for--I proudly exercised my right to vote today.

Call me sentimental.
Posted by JPB at 1:03 PM 7 comments:

A Laurel, and Hardy Handshake to Our New...

Sometimes, you just have to laugh at this shit:

So a canvasser goes to a woman’s door in Washington, Pennsylvania. Knocks. Woman answers. Knocker asks who she’s planning to vote for. She isn’t sure, has to ask her husband who she’s voting for. Husband is off in another room watching some game. Canvasser hears him yell back, “We’re votin’ for the n***er!”

Woman turns back to canvasser, and says brightly and matter of factly: “We’re voting for the n***er.”

Made me think of this gem from Blazing Saddles:

Catchy little ditty to start off the week.