Some Thoughts on Procedure Courtesy of Memegenerator.net and JPB.

"Procedure" is a word that evokes banality. It is the stuff of bureaucracy and litigiousness. It's the word we use to describe colonoscopies in polite company. And, if my Twitter feed is any indication, it is the last refuge of political scoundrels trying to make a point.

But procedure is also the bulwark of rights in our judicial system. (ie, Due Process) Those in power must follow procedure to exercise that power in a way consistent with law and custom. Presidents, Congressmen, police officers, prosecutors, and bureaucrats all most follow procedure to maintain their legitimacy.

I happen to agree with many on the Left, and a few on the Right, that Obama's executive orders relating to immigration were within the laws and customs currently on the books. Whether those laws should have exceptions that one libertarian friend said "you could drive a truck through" is another story entirely, but that's the law Congress gave him to work with. 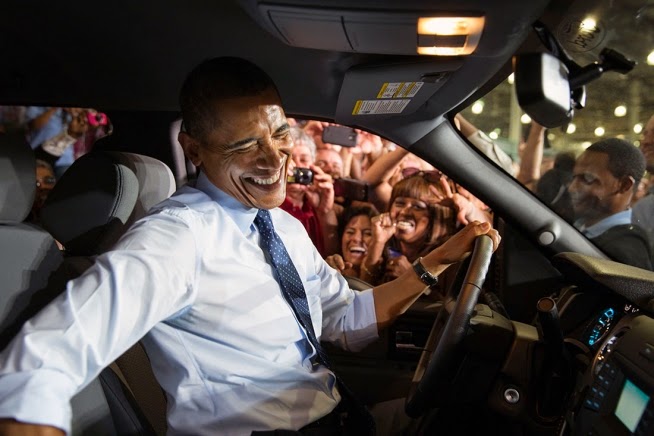 (dis?)Courtesy of the White House

The Right's sky-is-falling narrative is overblown and off-base, at least in this context. Their references to a King or Emperor skirting procedure would be laughable if not so tragic, given what most of them are conveniently ignoring.

Obama has not once, but twice unilaterally sent troops to fight in civil wars that pose no existential threat to the United States nor could be construed (with a straight face) to be in line with the AUMF --lest we understand the text to mean the Authorization to Unilaterally Murder Foreigners. (See also: the Kill List.)

But you see, it's much easier to rile up the Right's base by helping millions of brown people here at home than blowing up different brown people half-way across the globe.

Take a moment to process that.

So when those of us on "the left" mock people for their concern with procedure, it's precisely because it's such a transparently silly argument (in most cases) from people who really object to something else that they don't feel like talking about.

This is pervasive in American politics these days (birtherism, the filibuster, the Supreme Court, the debt ceiling, czars, etc). Our branches of government have become incapable of having actual policy discussions, and everyone wants to just delegitimize everyone else instead of doing anything remotely productive.

So yep, I'm going to keep mocking people who talk about procedure as if it's anything other than crybabying.

In legal contexts, in which many of these debates happen, process isn't silly, it's 100% legitimate.

But if you want to get them for being disingenuous, by all means. It's like the states rights yahoos who want to claim the Civil War was about state sovereignty instead of slavery. They so often conveniently ignore the sovereignty trampling Fugitive Slave Act.

Anyway, the hypocrisy is alive and well on both sides here, which is what I was getting at, because its nauseating. I don't, however, think this is some sort of new development in our history.

Parties got along better during the Cold War because the nation had a common enemy which it perceived to be an existential threat. But mealy-mouthed and otherwise disingenuous political back-and-forth is much older than the Republic, nor is this its first iteration here.

Procedure actually keeps that from destroying the country. Continued and increased reliance on administrative fiat that does NOT jibe with Congressional authorization, however, is a real danger.