It is no secret that a lot of what I do and what I'm interested in is closely related to work that Radley Balko has done for years. Indeed, it's almost creepy in a Single Bi-racial Male sort of way how much we have in common:

I'm writing a paper about police corruption and the drug war and it is roughly based on the style of his Overkill paper--which if you haven't read, you should. If he'll allow, I'm taking one more idea: the "Another Isolated Incident" post of police wrongdoing. I'll call it "Another Bad Apple" as I'll try to keep up with the rather numerous incidents of police malfeasance as they relate to the drug war. 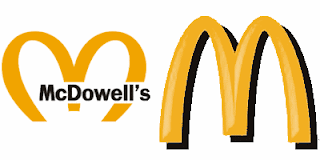 Anyway, while most of the stuff above is entirely coincidental, he set a pretty great example so I don't feel too bad for doing a lot of what he did in my professional life. I will never be the incredible journalist he is--nor do I have even the slightest inkling to move to Memphis. (Nothing personal, Memphis) Oh, and I'm a cat person. (Nothing personal, dogs.)