For those of you who don't follow college basketball, Brigham Young University is coming to the end of one of their best, if not the best, regular seasons in their program's history. Earlier this week, however, they benched their leading rebounder, Brandon Davies, for the rest of the season and including the NCAA tournament.

Hmm. Since it was an 'Honor Code' violation and not 'conduct detrimental to the team' or anything illegal, the first thing I thought of was "What, did he sleep with a white girl?" 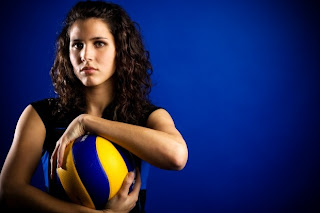 Brandon Davies was dismissed from BYU's basketball team after he admitted to having sexual relations with his girlfriend, the Salt Lake Tribune reported Wednesday.

BYU's honor code forbids students from having premarital sex and instructs them to "live a chaste and virtuous life."

I'm sure every other football and basketball player at BYU has been chaste and virtuous.

Look, I'm not calling anyone racist and I don't know what happened. BYU has these rules and place and that's their business--and Davies knew it going in. But does anyone know how often BYU kids get busted for this sort of thing? How regularly is it enforced? And to this degree?

Something I'll be keeping an eye on. Hit me up if you know anything about the way this goes down or has gone down in the past. Will do some digging this weekend.

UPDATE: According to several sources with anecdotal evidence, this is relatively common at BYU among the general student population, though I haven't seen or heard anything about other star athletes getting burned.

My general problem was that such a rule is inherently subjectively applied. Maybe if the administration hears about anyone, they take them down, but I can't believe that he's the first star athlete at BYU who was known to violate the Honor Code that way.

See http://www.dooce.com/ for a take on the code from a blogger who went to BYU.

I think he was suspended for breaking the honor code; I also think it's getting press because he's black and she's white.