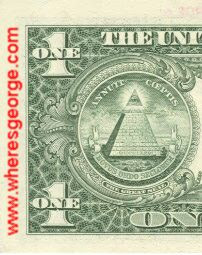 Seriously, I cringe every time I see what I have dubbed "Oprah Moments" on ESPN--some harrowing tale of some amateur or has-been professional athlete--or worse, sick and/or dying kids-- overcoming ridiculous adversity to arrive at some sort of peace in their life. If I wanted to watch stuff like this, I'd watch Lifetime. (Granted, I sit there and watch them as I wait for the second-run of the Yankees highlights that air late in the show. And, predictably, the very-much intended touching moment touches me too, but it doesn't mean I have to like it.)

So, too, would I read Reader's Digest if I wanted to read stories and articles about random happenstance "You'll never guess what happened after Timmy got the cat out of the tree" yarn.

I have forsaken television news--save the rarity I'm home to watch the NewsHour (which I unashamedly follow on Twitter)--not only for its general lack of substance, but the choice to air some sort of feel-good filler at some point in the broadcast. Of all the stuff going on in the world, the fact that Jane Hemshaw has been cooking pies down on Main Street for 47 years doesn't rise to the level of making me give a good [gosh darn.]

So all that being said, I LOVED this piece in WaPo today. I loved it because I'm a book reader and, since coming to DC, I am enamored by decentralized autonomous happenings. Yes, I know all about the 'Where's George' dollar tracking--but this is actually spreading ideas around the globe as opposed to "I wonder where that piece of paper is."

[Christal] Groves is a member of BookCrossing, a free-book-tracking Web site where anyone can, as a brochure puts it, "share your books with the world and follow their paths forever more!" Its fans can register a book, add a brief journal entry, then place it in a public spot. The hope is that someone else will pick it up, record their find online and pass it on -- becoming a link in a long chain of serendipitous literary discoveries.

Of course, the first thing I thought of is sharing books on the ideas of liberty, though I think leaving Human Action or An Inquiry into the Nature and Causes of the Wealth of Nations around may be counterproductive. (You kinda have to WANT to read those to get through them. And even then, they're a challenge.) I think it would probably be best to start out with Economics in One Lesson or The Road to Serfdom--or, perhaps for the less strictly-libertarian inclined: 1984 or Animal Farm.

Anyway, I thought I'd share the feature with you before I dive back into the dreary news of skyrocketing national debt, a possible war brewing in Zimbabwe, and, worst of all, the Red Sox gaining a game back against my beloved Yankees.

Treat yourself today and pick a up a book.
Posted by JPB at 10:52 AM