I'm not into celebrity. Generally, I think it is overblown and if there has ever been a greater waste of paper than gossip rags and celebrity magazines, I have yet to encounter it. I'd sooner peel my own skin off than be a paparazzo because I think they are the most despicable form of "journalist"--or so says the blogger, anyway. 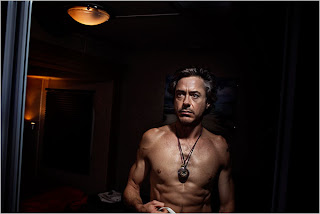 That said, I was doing my morning perusal of the newspapers and blogs for work and came upon these photos from the NYT Magazine. I like photography a lot, but I've never been patient enough to take it up as a hobby, although I might someday. I thought these pictures were striking, in spite of the fact that I care to know very little about most of these people other than what they put up on the screen. I hope you enjoy them as much as I did.
Posted by JPB at 9:45 AM