Most readers know that I am a Cato employee and have been since August 2007. Just prior to that, I was a Charles G. Koch Summer Fellow at reason magazine. As you have probably heard, the Koch brothers are attempting to gain control of the Cato Institute in order to turn the world's leading libertarian think tank into a right wing hack factory. This schism is sort of like a falling out between your dad and a rich uncle that paid for your senior trip.

Thanks for the great summer, Uncle Charlie, but you're way out of line here.

What always bothered me by the 'Koch-as-master-of-puppets' tripe was not just that it impugned my motivations and those of my colleagues, but that it couldn't be further from the truth. If Charles Koch had been calling the shots, none of this would be happening. Ed Crane would be gone, and maybe a few employees go with him, but Cato would look mostly the same. Yet, I don't think anyone believes today's Cato will have anything in common with a Koch-run Cato other than the renovated building that bears the same name.

I was deeply shaken when the story broke about the Kochs' actions. They are not only attempting to destroy the Cato brand by making it partisan and inherently less honest, but they are already sullying the reputations of all of the other policy shops and publications they support that don't carry the Koch name. While the Left and its allies kept harping that the Kochs were somehow calling the shots--boogeymen make great fundraising gimmicks--most DC people knew better, whether or not they would admit it publicly. Now that the Kochs have proven that they don't have the influence the Left assigned to them, they are trying their hardest to get it. Any organization that has a Koch closely associated with it has been tainted going forward, and that is unfortunate.

Despite their business acumen and strongly held beliefs, the Kochs don't know how to run a think tank. A think tank is jealous of its reputation, yet the Kochs' actions here have demonstrated they have no interest in maintaining it. Cato as a name will be irreparably damaged, the board of directors will disintegrate, and they'll have to start poaching Right-wing shops to fill the vacancies left by the resignations of people who refuse to associate themselves with this naked power grab.

Just because we support legalized prostitution doesn't mean we want to live it.

The Kochs would do themselves and everyone else a big favor if they just let this die. Cato was never theirs to control, and if they want to shift their support to Republican activist organizations, that is their prerogative. But attempting to take over Cato only harms the many organizations, causes, and individuals they have long supported, including many quite separate from Cato. But, I fear, they plan to see this through and will fight on even if they lose in court.

There are few places in DC I could work at in good conscience, and none hold the appeal of working for Ed Crane, David Boaz, and the rest of my colleagues at Cato. If the Kochs win, I'll have to figure out a new path for myself. If that should happen, though, I suggest a name change for the pretenders: 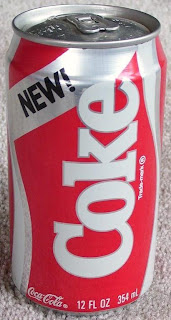 I suspect New Koch's appeal will be quite similar.

But that is libertarianism. People with money are free to buy and control whatever they want. If you are going to talk the talk you gotta walk the walk. Rich people are controlling nearly everything and now you have second thoughts. It is very difficult to sympathize with you.

Anonymous,
He's not saying the Kochs should have been banned from doing it, he's saying they shouldn't have done it. They have the right to do it, he has the right to complain. -That- is libertarianism.

The first comment goes to many critics of libertarianism don't actually know what it means.

This is so deeply hilarious. We have this think tank dedicated to explaining why the rich should have absolute power, and should treat the rest of us like two-dollar whores... with themselves as the exceptions of course. But eventually, their all-powerful owners are forced to explain to them that they are not, in fact, exceptions!

"What always bothered me by the 'Koch-as-master-of-puppets' tripe was not just that it impugned my motivations and those of my colleagues, but that it couldn't be further from the truth. If Charles Koch had been calling the shots, none of this would be happening. Ed Crane would be gone, and maybe a few employees go with him, but Cato would look mostly the same. Yet, I don't think anyone believes today's Cato will have anything in common with a Koch-run Cato other than the renovated building that bears the same name."

Kinda looks like the Tripe Crowd called this one correctly all along, doesn't it? You drank the Kool-Aid, cashed your check, and believed, in a "Road-To-Iraq-For-WMDs" sort of way, that your masters weren't treating you like a puppet. Now, Dorothy, the curtains been pulled back a wee bit and your masters aren't wearing much in the way of clothes - or integrity. That has to hurt.

I do compliment you, though, for daring to question your masters. Probably won't change much, sadly, as they can buy and sell you and I 50,000 times over and still screw the cheerleader. All I can type is something along the lines of, "Wake up, Virginia. You've been owned by Kansas all along."

Libertarianism is interesting, it contains elements of truth, but ideologues that espouse have long been blind to the reality it produces, like Marxists coming to terms with its resulting crappy oppressiveness or fundamentalist Christians trying to reconcile evolution with doctrine. Now the "he who has the gold makes the rules" reality of the results of the religion is coming home to eat the believers. Yes, every dollar taxed from you is a dollar of liberty that you get deprived of deploying, yes it is possible to disincentivize society (but judging by European rates of taxation we are a long, long way from that) The heretical realities are that government can do many, many things more efficiently than private enterprise, just a different class of things, big dumb things rather than isolated responses to consumer demand, such as the interstate highway system or public universities. And you make a happier world when people have some legally-imposed restrictions against stupidity. And no, unfettered liberty does not produce utopia, it produces big fish eating the little fish. You need a balance, whether the burden of a collective government activity is worth the deprivation of liberty. the Doctrine needs constant reality checking. And yes, the doctrine has been gobbled up by the big fish as a rationale or pretext for plantation America as surely as Social Darwinism was 100 years ago. Now they want dessert, get back to your cotton fields guys.

Ok. First of all, don't ever make slave analogies like that. At best you're a jerk, at worst you denegrate the plight of slaves. Stop it. (FWIW, I am also very much against the Taxation=slavery trope)

Third, what you're describing is greed--something so old every religion has a rule against forbidding it. (How's that working for them?)

Finally, where does it say libertarians can't disagree? Brian Doherty's book cites an old trope: 'You get two libertarians to agree on something, invariably one will accuse the other of selling out.' It's cute and silly, but undergirds my point: contracts can be a point of contention just like anything else.

I don't understand the point of many of the comments... I think the point of the blog entry was that Koch, who thankfully have been major donors of many years to Cato, were compromising the autonomy and credibility of institute. Not sure how this translates somehow into a teachable moment or a failure of libertarianism or classical liberalism or free markets as ideologies? I'm not sure why some think somehow our movement or any movement is immune from everyday politics and BS... And these comments about letting rich people run amok with their money, hilarious. "NO!!! If we ONLY put in a MAXIMUM WAGE and kicked the bourgeois out of politics, why there would be NO such thing as political squabbles, we were such fools!!!"